In order to present biotechnological proposals on bioremediation

Invited by the Hassan II Academy of Sciences and Techniques

Biorizon Biotech has been the only company invited to participate as a speaker at the Symposium “Biotechnologies environnemental: recherche, applications et défis pour le Maroc”, recently held at the Faculty of Medicine and Pharmacy of the Sidi Mohamed Ben Abdellah University, in the Moroccan city of Fez.

The Académie Hassan II des Sciences et Techniques and this University have been the organizers of this IV International Symposium of high academic level and focused on the development of environmental biotechnology and its application in Morocco. The symposium has been structured around two panels: “Bioremediation of wastewater and industrial effluents” and “Bioremediation of organic solid waste”.

The invitation of the Almerian Company was endorsed by the professor of the Engineering Department of the University of Almería and member of the Hassan II Academy of Sciences and Techniques of Morocco, the professor and researcher El Hassan Belarbi Haftllaoui.

The participation of Biorizon Biotech was part of the “Bioremediation of wastewater and industrial effluents” area and focused on the exhibition of sustainable technologies for the treatment of wastewater through the use of microalgae and the possible ways of valuing the biomass of microalgae, one of the possible being the production of biofertilizers and biopesticides for agriculture. The R & D projects director, Dr. Joaquín Pozo Dengra, presented the paper “Microalgae-based plant biostimulant. Application in intensive agriculture “, which is part of the H2020-SABANA project funded by the European Commission. As evidenced through the different presentations that took place in the Symposium, bioremediation techniques are decontamination of air, water and soil carried out through the use of microorganisms, fungi, plants or the enzymes derived from them. . 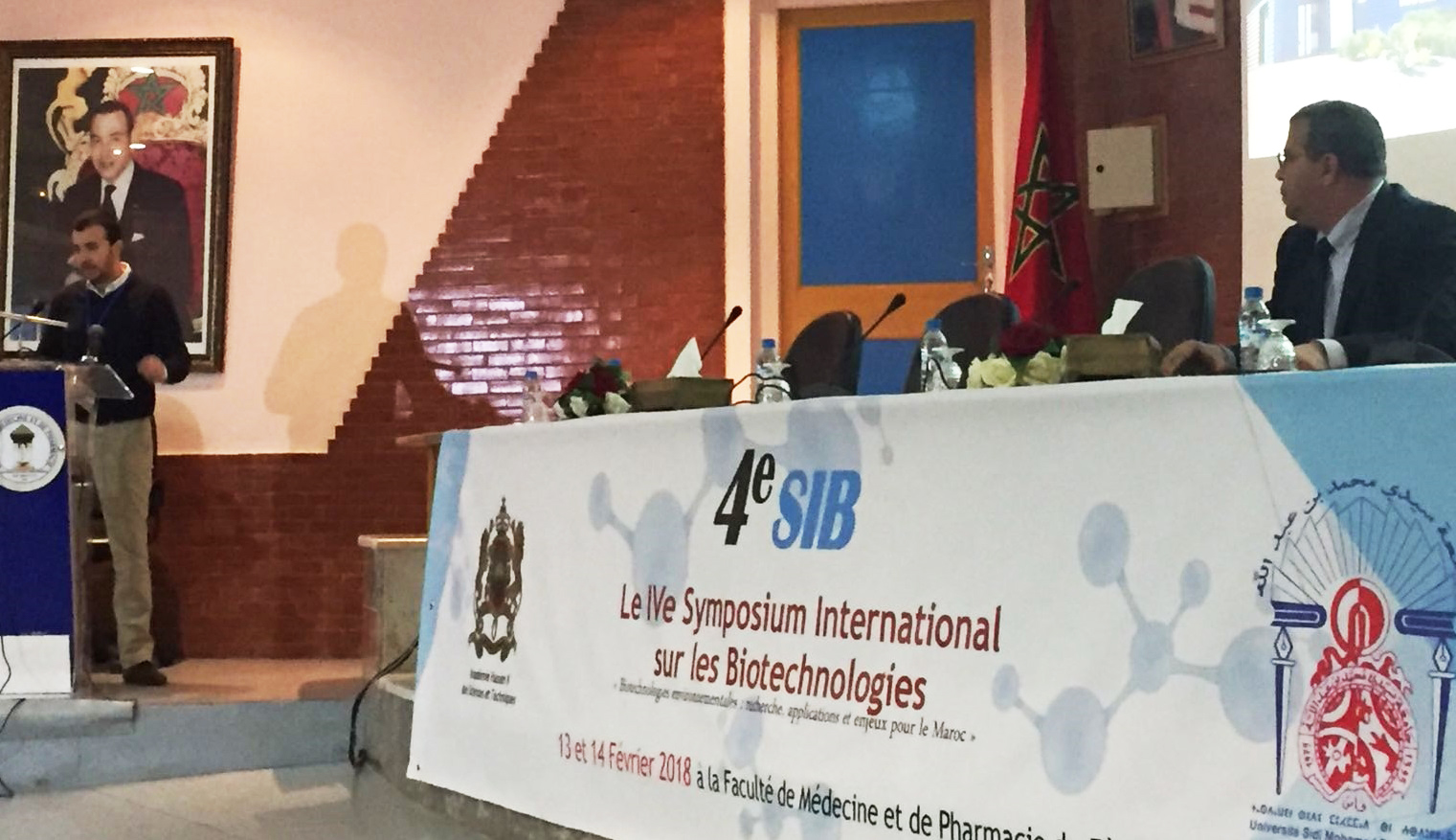 The scientific meeting in Fez has counted on the participation of outstanding figures of science, such as the Moroccan biotechnologist, academic and professor at the University of Paris, Prf. Dr. Albert Sasson, former deputy director general of UNESCO with Federico Mayor Zaragoza and one of the great promoters of biotechnology, who gave the opening and closing conference of the symposium on environmental biotechnologies and development. High representatives of the Hassan II Academy of Sciences and Techniques and the Academy of Sciences of Lisbon have also taken part, as well as Omar ASSOBHEI, President of the Sidi Mohamed Ben Abdellah University of Fez, among other researchers and professors of prestigious universities such as the University of Wageningen (The Netherlands) and the University of Granada (Spain).